You have no idea how bad it is. Just imagine – you’re trying to concentrate on something, solve a compilcated problem, find a hard bug, try to understand, and all of a sudden SQUEEEEEEEEEEEEEEEEEEE!

I had no idea what that sound was comming from, until I remembered my video card was making a similar sound if the computer was turned on without the power plugged into the card. I have a BFG GeForce 7800 in my desktop. I tried everything, including smacking the computer – which, amazingly, worked but it wasn’t a permanent solution.

Through trial and error I found the problem – a little beeper on the video card, specifically placed on there to annoy people who do real work rather than play games. Even though the circuitry looked tiny and it was soldered on both sides, I didn’t care – I was ready to smash the card with a hammer. So I used my huge solder gun to remove the speaker. 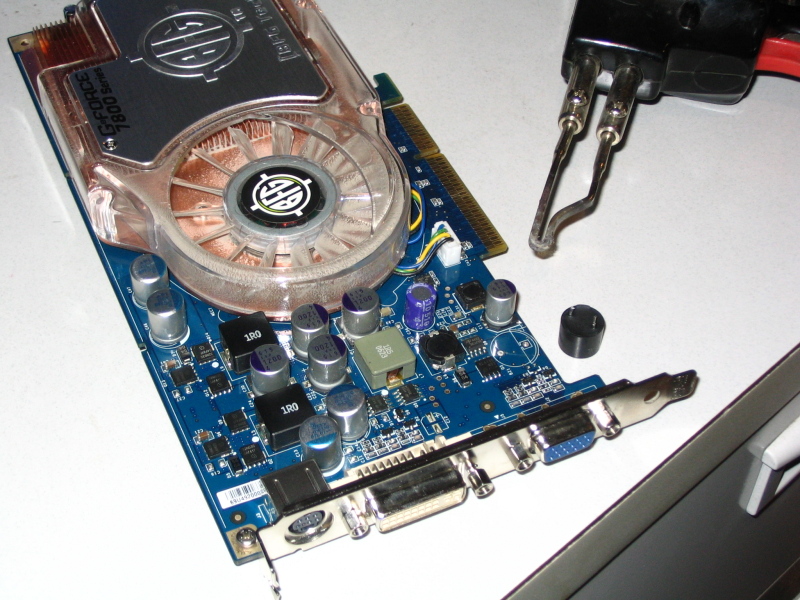